Slip Away to Britain…

Velvet slippers are often overlooked when it comes to men’s footwear.  For a few obvious reasons, they aren’t the first pick for men when deciding what to throw on in the morning while rushing off to work.  Why not?  Traditionally, velvet slippers trace their ancestry back to England.  The traditional British slipper of the Victorian era is the Albert slipper, named after Prince Albert, and is a velvet slipper with plain leather sole and quilted silk lining. It is worn around the house, particularly with black tie.  However, in modern times, the slipper has slowly found its way outdoors venturing off into more informal settings.  Outside of the traditional black, velvet slippers now come in a wide array of colors from greens, blues, and different shades of brown.  Following tradition, as an added British touch the family seal is sown across the toe of the shoe.  In more recent times, you’re likely to find just about anything sown across the toe of the shoe. 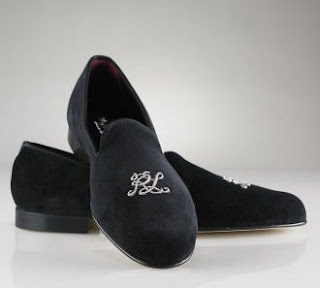 This look isn’t meant for the unrefined dresser; keep in mind the slippers’ origin.  Pair your slippers with your most sophisticated pieces, perhaps a double breasted suit jacket (perhaps even velvet) a light colored jean, give your jeans a roll and your ready to go. As an alternative, replace the jeans with a pair of chinos and you have a great business casual look. 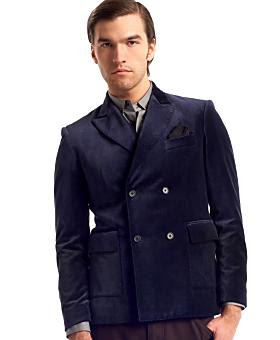 Email Etiquette in the Workplace

A Woman’s Worth?: The RIGHT approach to earning more in male dominated industries